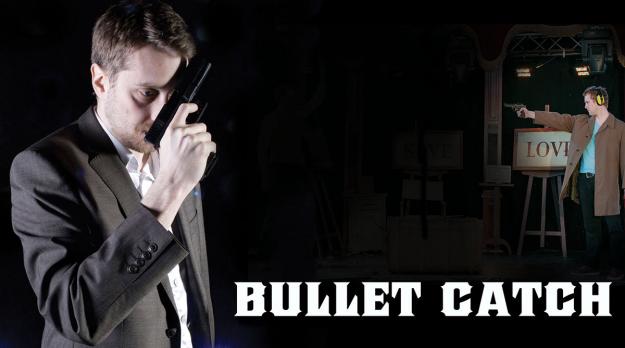 Performer, director, playwright – and magician – Rob Drummond becomes William Wonder, and traces the life and demise of William Henderson, who died on stage while attempting to catch a bullet, a stunt so dangerous even Houdini, the world’s first super hero, refused to attempt it.

Bullet Catch is a theatrical magic show featuring storytelling, mindreading, levitation, games of chance and, for those brave enough to stay for it, the most notorious finale in show business.

Bullet Catch was supported by the Made in Scotland development fund, and debuted at the 2012 Edinburgh Festival, where it received the Total Theatre Award for Innovation, Experimentation and Playing with Form. 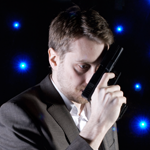 Rob is an award winning playwright, performer, director and theatre maker based in Glasgow, Scotland. His wide ranging work includes the critically acclaimed Rob Drummond: WRESTLING, which took place in a ring in the Arches (2011, Glasgow) and involved five months professional wrestling training, and a modern retelling of The Passion, which premiered in George Square, Glasgow in 2011. Recent projects include The Riot of Spring (Tramway, Behaviour Festival, May 2013, Glasgow), a response to Stravinsky’s The Rite of Spring, where he worked with a choreographer as part of the Arches and National Theatre of Scotland’s Auteurs Project, and Quiz Show for the Traverse Theatre (Edinburgh).

Generously supported by
The Slaight Family
Produced in association with