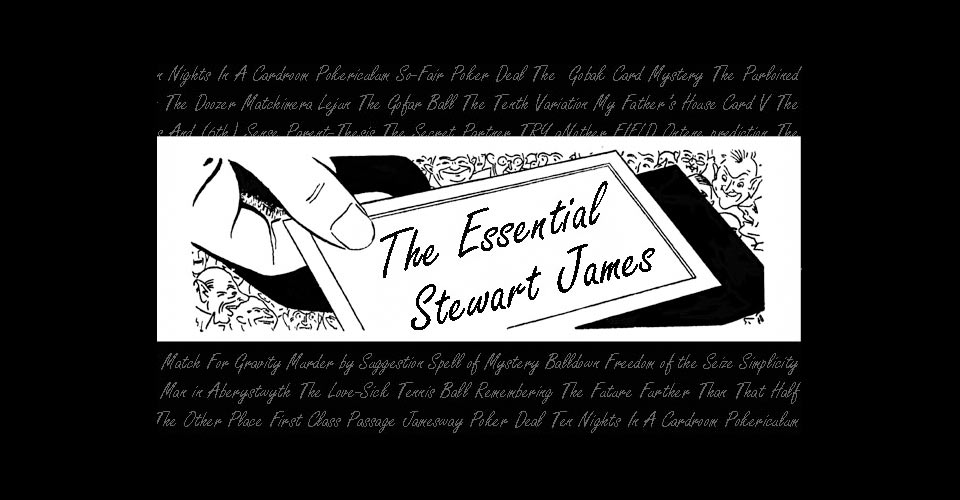 Canadian Stewart James was the most prolific inventor of magic in the twentieth century. His prodigious output has been recorded in two mammoth publications totally over 2,700 pages. James’ vast body of work has now been distilled to 50 of his “greatest tricks”, The Essential Stewart James

While we are sold out, this book is still in print. Check with your favourite dealer.