Home » Buy » Publications » A Cut Above 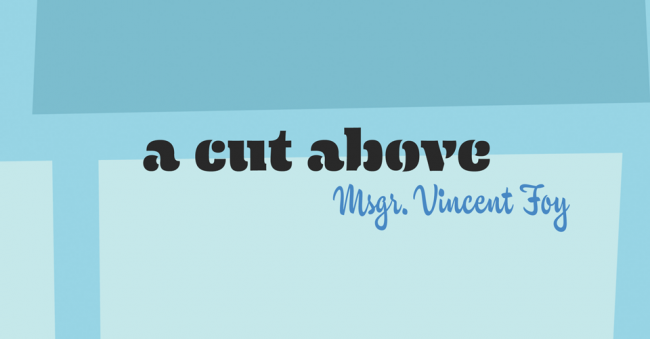 A joyful exploration of one-handed cuts created or documented by Msgr. Vincent Foy, a pioneer of the modern movement of card flourishes.His contributions on this subject that appeared initially in The Linking Ringand in Bertram on Sleight of Hand inspired a new generation of finger-flingers.

At the urging of his friends David Ben and Nick Sacco, Msgr. Foy, now 98 years young, deciphered his decades old notes on over 100 one-handed cuts, most of which were of his own invention. Ron van Someren then photographed Msgr. Foy performing the very best. Renowned designer Michael Albright has married the text and images into an artful display that enables the one-hand cut or card flourish enthusiast to master the material with greater ease.

A Cut Above, published in April 2011,  comes complete with an insightful introduction that examines the history and place for card cuts and flourishes in the modern repertoire and an annotated bibliographyof other books and DVDs that the reader may want to explore.

It is available for sale from Magicana and your favourite magic dealer for $45 USD (plus shipping and handling and GST/HST for Canadian residents). 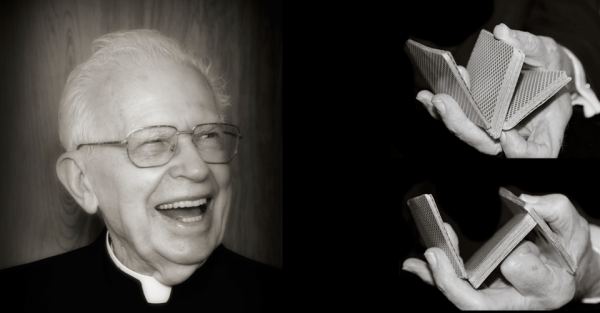 Born in 1915, Msgr. Foy has held a lifelong interest in magic ever since he saw Harry Blackstone in 1925 perform in Toronto at the old Pantages theatre.  Msgr. Foy’s first book, purchased later that year for 10 cents, was the 1902 edition ofHoward Thurston’s Card Tricks.  His interest in magic has not waned over the past 85 years.

In the 1940s, Msgr. Foy contributes articles and tricks to magic periodicals under the pen name of Dr. George E. Casaubon. In addition to writing booklets such as Deceptions with a Short Card and Salt Sorcery under that nom de plum, Msgr. Foy was instrumental in bringing the magic of Ross Bertram, one of the original Stars of Magic, to a wider audience through the publicationsThe Magic and Methods of Ross Bertram and Bertram on Sleight of Hand.